Bronx, NY - Condemning the worsening of income inequality and housing insecurity in the Bronx, community organizer and activist Samelys López announced her candidacy Saturday for the U.S. Congress in New York Congressional District 15.

A large crowd of union members, activists, tenant organizers and residents turned out on a steamy afternoon at Grand Concourse and Mount Eden Avenue to cheer on López as she launched her campaign.

“I’m very excited and humbled by this show of support for our candidacy,” López said. “I grew up in this neighborhood, and I’m tired of this Congressional district being known as the poorest in the country. We are much more than that - we are resilient, we are proud, we are creative. There are local solutions to problems here that front-line communities have been fighting for generations,” she added. “We need to start looking to the South Bronx for the solutions to problems that could be transported to the rest of the United States and the world.”

“Samelys is a true fighter, a true activist,” said Dustin Jones, president and co-founder of United For Equal Access NY and an advocate for those with disabilities. “I’ve never met anyone who cares more about the community than she does. She is the breath of fresh air that we desperately need in Washington.”

Samelys López (Sa-meh LEES’ LO’-pez) is campaigning on a Homes Guarantee platform and promises to fight for housing as a universal right, a Green New Deal, Medicare 4 All and building Dual Power. She has pledged not to accept donations from developers or landlords. She will prioritize expanding workers’ rights to unionize, expanding the rights of immigrants, and creating an economy based on sustainability and restorative justice.

These priorities are driven by the residents of New York’s 15th Congressional District, who are increasingly disadvantaged by income inequality, global warming, and institutional white supremacy. López supports a Green New Deal, Medicare for All, Universal Basic Income, and replacing the racist criminal justice system.

"A lot of people like to throw around that P-word, Progressive and it's almost become diluted,” commented David Galarza Santa, union leader, and Puerto Rican activist. “We need people like Samelys that are not just progressive but Presente!" 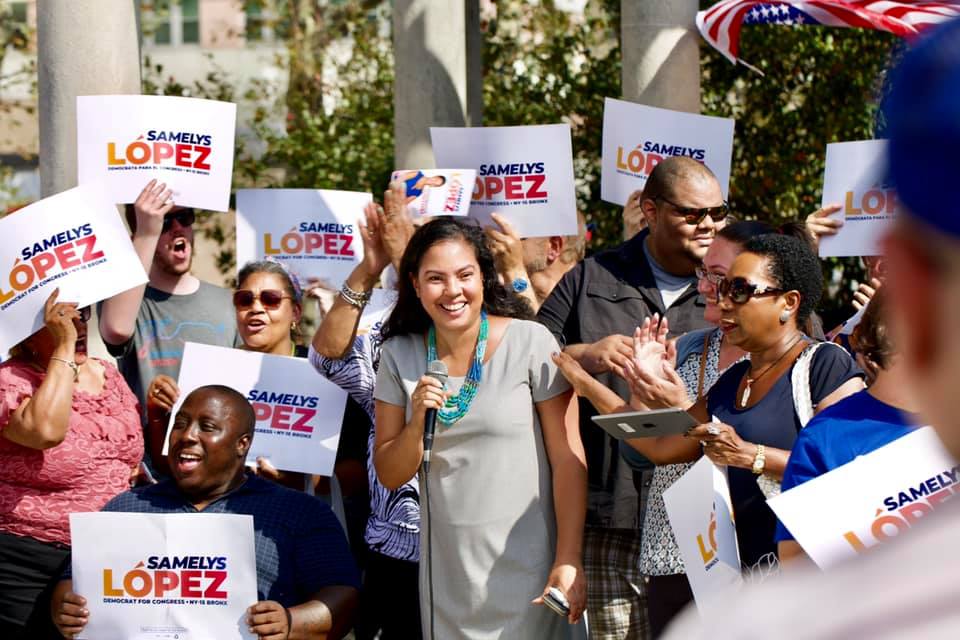 López is seeking the Democratic nomination in the Party’s primary, which will be held on June 23, 2020. The current District 15 representative, longtime congressman Jose Serrano, is not seeking re-election due to health reasons.

Born in Puerto Rico and raised in the South Bronx by a Dominican mother, Samelys López earned a Bachelor’s degree from Barnard College and a Master’s in Urban Planning from the NYU Robert F. Wagner Graduate School of Public Service.

She grew up in the NYC family shelter system and faced many of the challenges her Bronx neighbors experience - housing scarcity, food insecurity, economic anxiety, underfunded public schools, and the indignities of the welfare system.

As a community organizer, Samelys works with grassroots groups to turn their activism into electoral power. And in her career as a project manager in the affordable housing field, she helped to provide homes in some of New York City’s most underserved communities, including her home borough.

“There are people who are natural leaders because their heart is with the people,” said Zenaida Mendez, Former President of the National Organization for Women (NOW-NYS), in her introduction. “They have qualities such as being skilled in judgement, fairness and impartiality -- Samelys is is that type of leader.”

Samelys López is the co-founder of Local Democrats of NY, which supports grassroots candidates for County Committee and other elected positions. She is also an active member of Bronx Progressives, a chapter of the New York Progressive Action Network. Samelys was named in 2016 as one of The Hispanic Coalition of New York's Rising 40 under 40 Latino Stars, and recognized this year in City & State’s Bronx Power 100. 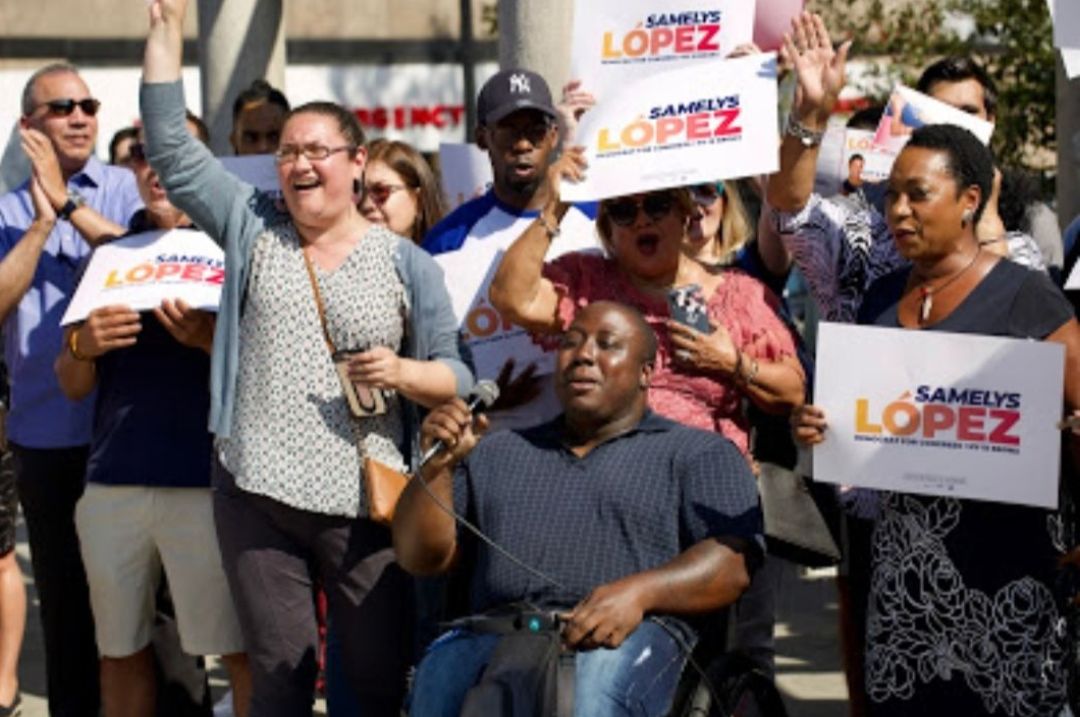 Grassroots activists behind campaigns for NY progressives including the Independent...

Cabrera raises over $855,000 in campaign contributions...

Days after World Trade Center attacks at the moment of a unified global anger, pain,...

Nearly 36 Million Children in Ethiopia Are Poor and Lack...

The study reveals that there are large geographical inequalities: 94 per cent children...

I Told You So

No. We have to wait until the investigations complete and the findings are impeachable.
31 %
No. Not until the due process is exhausted and he is found to be impeachable.
20.7 %
No. No impeachment period. Let him finish this term and let the voters decide his political fate.
41.4 %
Yes. He should resign now. he can no longer be an effective governor.
3.4 %
Yes. He should resign now because he lost the confidence of the public.
3.4 %
Yes. There are too many allegations against him.
0 %
I have no opinion on this matter.
0 %

Yes. Israel should refuse entry to anyone who supports BDS
34.4 %
No. Regardless of their positions, as members of Congress, they must be allowed to visit Israel like all others members.
31.1 %
Yes. because their trip was for a propaganda purpose only.
13.1 %
No. They have the right to visit places of their preferences and meet whomever they need to meet while they are there.
16.4 %
I don't care about this issue at all. It doesn't concern me.
4.9 %

Yes. I don't think the president colluded with Russia or obstructed justice.
32.3 %
I support the report's position on collusion, but I still think there is obstruction of justice
10.8 %
No. I think there were collusion and obstruction.
40 %
No. I think democrats should proceed with more investigations.
6.2 %
It does not matter anymore. Congress must move on to other issues.
10.8 %
I did not follow this issue and do not care one way or another.
0 %

I would offer tax incentives for health food stores like Wholefoods to move to the area (preferably the 365 economy chain).
13.5 %
I would take steps to improve security in Parkchester.
14.9 %
I would offer more senior services, and host year-round events in the Oval.
2.7 %
I would offer resources to entrepreneurs and would-be entrepreneurs in Parkchester.
10.8 %
I would open a multiservice community center with services for children (tutoring, counseling, etc.) and adults (resume writing assistance, legal services, letter writing assistance, health seminars, skill building courses, etc.).
58.1 %